Bringing Craft Beer Back Down to Earth 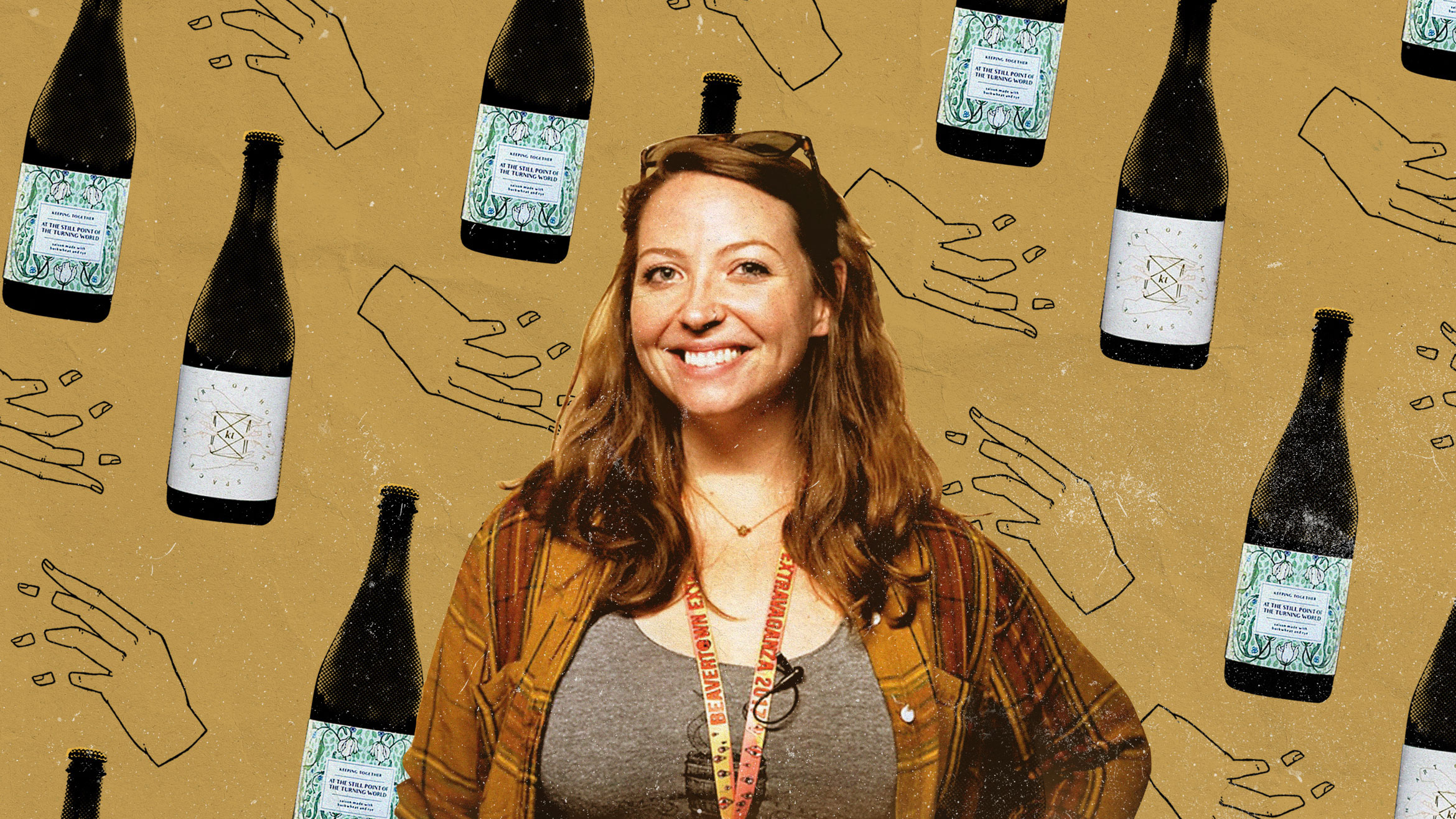 While many breweries chase trends, pivoting at the drop of a hat from, say, pastry stouts to hard seltzer, Averie Swanson, founder and brewer of Keeping Together in Chicago, spends much of her time wondering how she can stretch the boundaries of just one specific beer style: saisons with mixed-culture fermentation.

“It’s the beer that I want to drink, first and foremost,” Swanson says. “Beyond that, I think there is a lot of flexibility in this realm to do a lot of different things. It is such a broad category that I do think there’s a lot of room for expression and for exploration within that style.”

Her forte is a subset of brewing that’s far from formulaic. In fact, since mixed fermentation requires naturally occurring airborne microbes to assist in the process, it’s nearly impossible to replicate any given beer. “I like the analogy of mixed-culture fermentation to jazz,” Swanson says. “It’s such an intuitive and kind of shape-shifting process and product… I like that there’s an element of unpredictability to it—it’s a very dynamic process.”

Swanson is also one of only 19 Master Cicerones (the beer version of a sommelier) in the world—and one of only three women. “For me, as someone who brews beers that are a little outside the box, it was about showing that I’m not brewing them this way for lack of knowing,” she says. “I’m brewing mixed-fermentation beers very intentionally.”

Swanson studied biology in college and shortly after graduation, got into homebrewing as a hobby in 2012. Keen to get more commercial experience, she emailed several breweries in Austin, Texas, where she was living at the time, asking if they’d take her on. Jester King said yes.

Over the six years that followed, Swanson advanced from being a keg washer to head brewer at Jester King, one of the nation’s leading breweries specializing in spontaneous and mixed-culture fermentation. It was a role that allowed her to travel extensively across the globe, from Japan to Italy, teaching the mixed-fermentation process at seminars and conventions.

At a time when breweries were only beginning to explore this style of beer, Swanson established herself as a leading expert in the field, becoming an influential force in the industry along the way. Six years in, however, she was eager to try something new. In 2019 she moved to Chicago where she started her own brewery, Keeping Together, focused on mixed-fermentation beers, with the hopes of bringing new enthusiasts into the fold.

“I want people to appreciate that beer doesn’t have to be that first kegger beer they would have had and it doesn’t need to be this crazy pastry stout where the whole kitchen sink is in the beer,” Swanson says. “There is beer out there that is interesting, and exciting, and tastes good, and has a story to it. I hope the takeaway is that there is a beer for literally everyone.”

Here, Swanson takes on our questionnaire, discussing what she wishes she’d known five years ago, her favorite bar, and the No. 1 thing she’d like to eradicate from drink culture.

Practice compassion; hold space for people to be themselves fully without judgment.

What do you want to be when you grow up?

Describe your daily routine in one sentence:

Make and drink coffee… then make it up as I go; if every day is different in some way from the day before, I am doing it right.

Your greatest accomplishment to date?

Starting a beer label during a pandemic.

Woof… There are many failures. I failed the Master Cicerone exam twice before passing it on my third attempt.

The No. 1 thing you want to eradicate from drink culture?

Pretentious industry professionals… Each conversation we have with another person is an opportunity to help guide them toward a positive sensory experience, to help them find beverages that they enjoy. Being condescending or making people feel stupid about the things they like undermines those opportunities.

Best thing you ever drank:

Toughest question ever. I once had fresh sake straight off the press at the Tamamura Honten Sake Brewery in Yamanouchi, Japan and it blew my mind.

It would be a toss-up between two beverages: a Zombie cocktail, or Casa Coste Piane Prosecco. When made well, the Zombie features complex layers of tropical flavor elements and should be balanced and drinkable despite being rather high octane. But you don’t have to think about any of that—playfulness and levity are touchstones of this beverage as well. Casa Coste Piane Prosecco is one of the most elegant and textured wines that I have experienced; it reminds me very much of saison—expressive and unpretentious.

What do you know now that you wish you’d known five years ago?

I suppose I wish I had known then that the path I was on was in fact getting me where I wanted to go… I spent a lot of time questioning and doubting myself, wondering if I was making the right decisions personally and professionally. To be honest, I guess I still do a bit of that. It is valuable to remember to trust yourself, that the path is what you make of it.

Your favorite bar, and why:

The Richmond Arms in Houston, Texas. I frequented this bar while I was in college, and my memory of it comes to mind when I think of my favorite bar. It was a dive-y soccer bar with local craft beer and pub food and a sizable outdoor patio. Honestly, it wasn’t anything super special, but it felt like home.

Best meal you’ve ever had:

Dinner service at Hôtel Herman in Montreal several years ago… The lamb tartare with fennel pollen stands out in my mind as one of the best things I have ever eaten. Sadly, this restaurant no longer exists.

The last text message you sent:

Best Wine of the Month and Wine Club Subscriptions to Gift

How to Homebrew Gluten-Free Beer That Actually Tastes...

How to Give Your Alcohol Inventory a Refresh...

Ask Adam: Can I Return a Gifted Bottle?

14 Things You Need to Know About Modelo

Jon Hamm Had a Great Weekend Hitting Up...

What Will 2022 Bring for Non-alcoholic Beer?