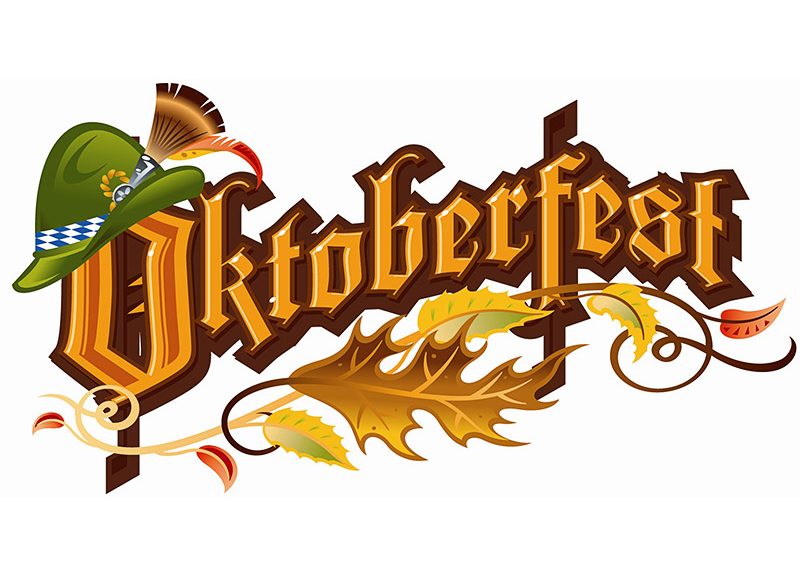 It is another 20+ event weekend but who will win the battle of September events: Fresh Hops or Oktoberfests? Looks like mother lovin’ Oktoberfests win the weekend starting with the following ones on Friday.

Don’t sleep on Alesong’s unique Terroir Fest on Saturday in agrarian SW Eugene, a rye bourbon release at Freeland on Saturday, Binary Brewing’s grand opening in Beaverton on Saturday, Rally Pizza’s anno on Sunday and if you are in Eugene on Friday Oktoberfest and a Thicc beer release at Claim 52 brewing in downtown Eugene.

FRESH HOP BEER SUMMIT
FRIDAY SEPTEMBER 23  – 11-2:30AM THRU OCTOBER 9
Roscoe’s annual Fresh Hop Beer Summit will run through October 9th and will have between 10 and 16 fresh hop beers, cask beers, and ciders rotating through at any given time. Taster trays are available if you would like to sample with smaller pours. In 2021, Roscoe’s tapped 123 unique fresh hop beers and they currently have 12 fresh hops on tap including ones from Foreland, Fort George, Hetty Alice, Montavilla and Ruse Brewing. 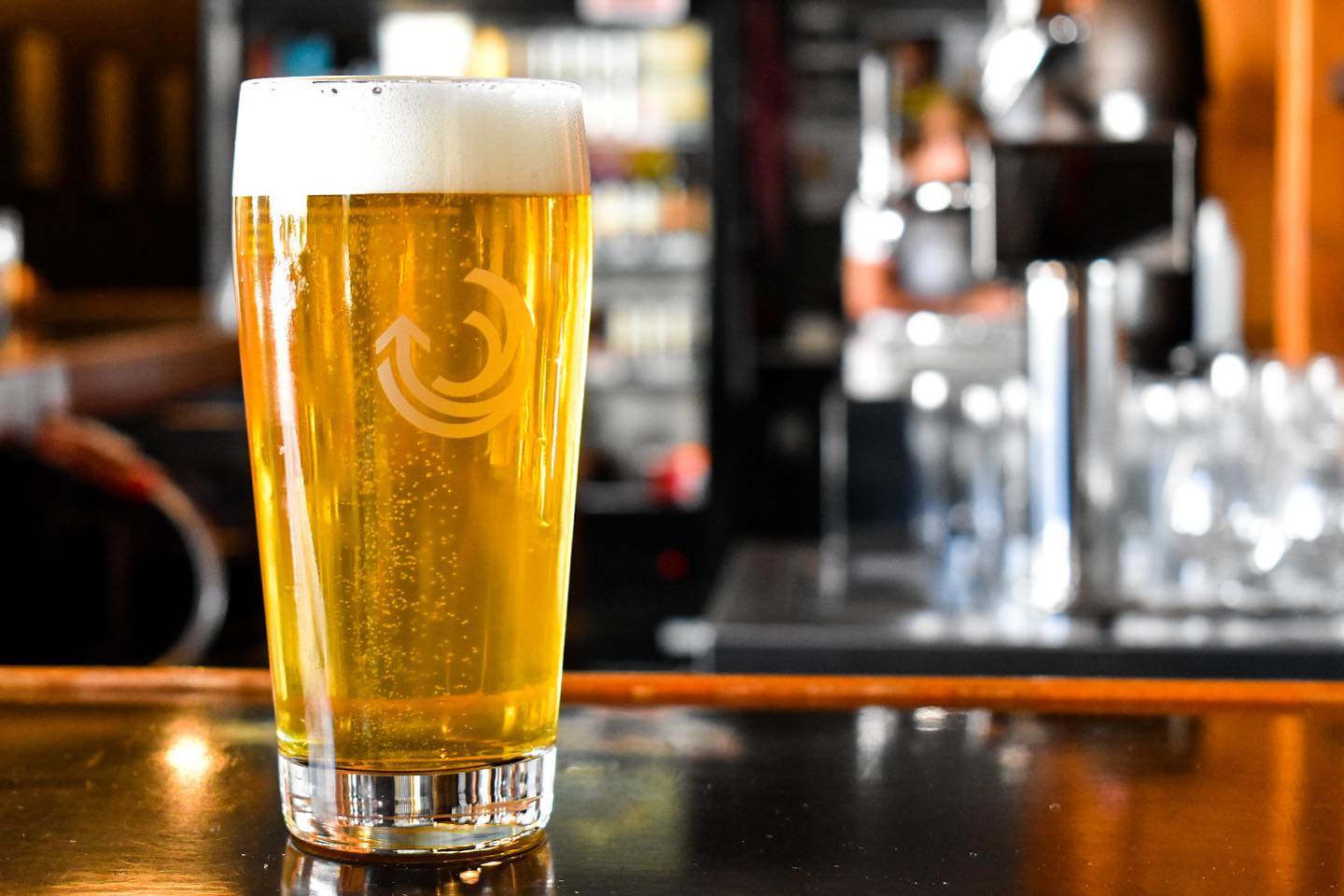 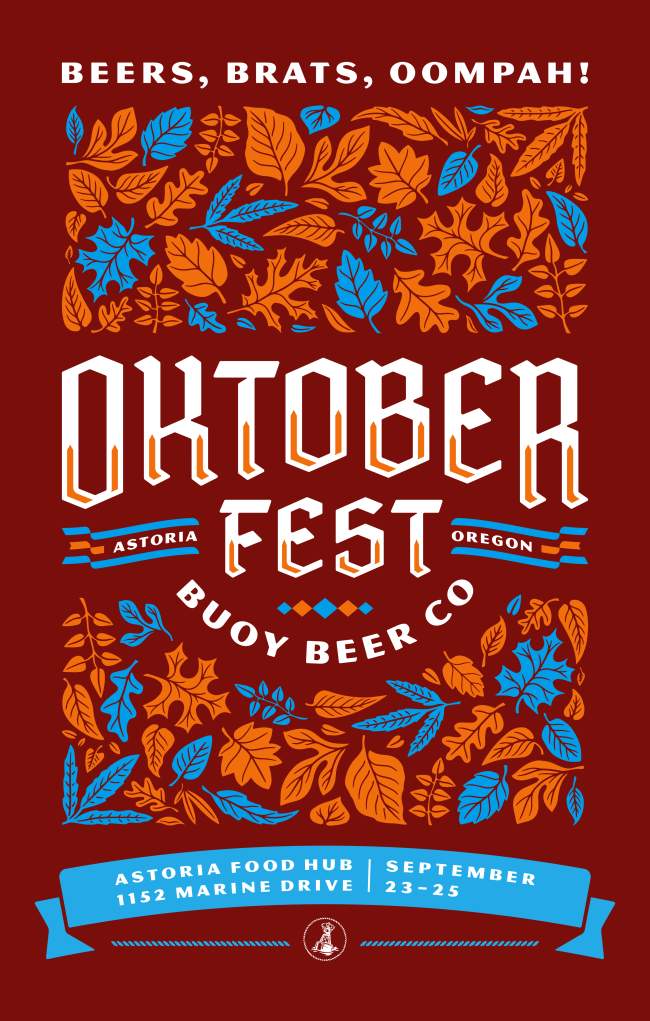 BUOY OKTOBERFEST
FRIDAY SEPTEMBER 23 – NOON-8:00PM THRU SUNDAY
Buoy Beer’s Oktoberfest will take place starting Friday at noon with three days of beers, music and German-style cuisine. Buoy Oktoberfest will also include collaborations with ForeLand Beer and Level Beer. These beers will be on tap, along with fresh-hopped selections from both breweries.  On Saturday, enter the Stein-holding competition and sing along to rounds of “Ein Prosit” with music from Portland-based traditional German-style band Haldeman’s Oompah Boys from 1-3:00 p.m. and 4-6:00 p.m.  Oktoberfest attendees can also enjoy a barrel-aged version of Festbier, a beer that Fruhlingsfest attendees sampled before it was packed away in virgin, lightly toasted oak barrels and has been cold lagering since April 2022. 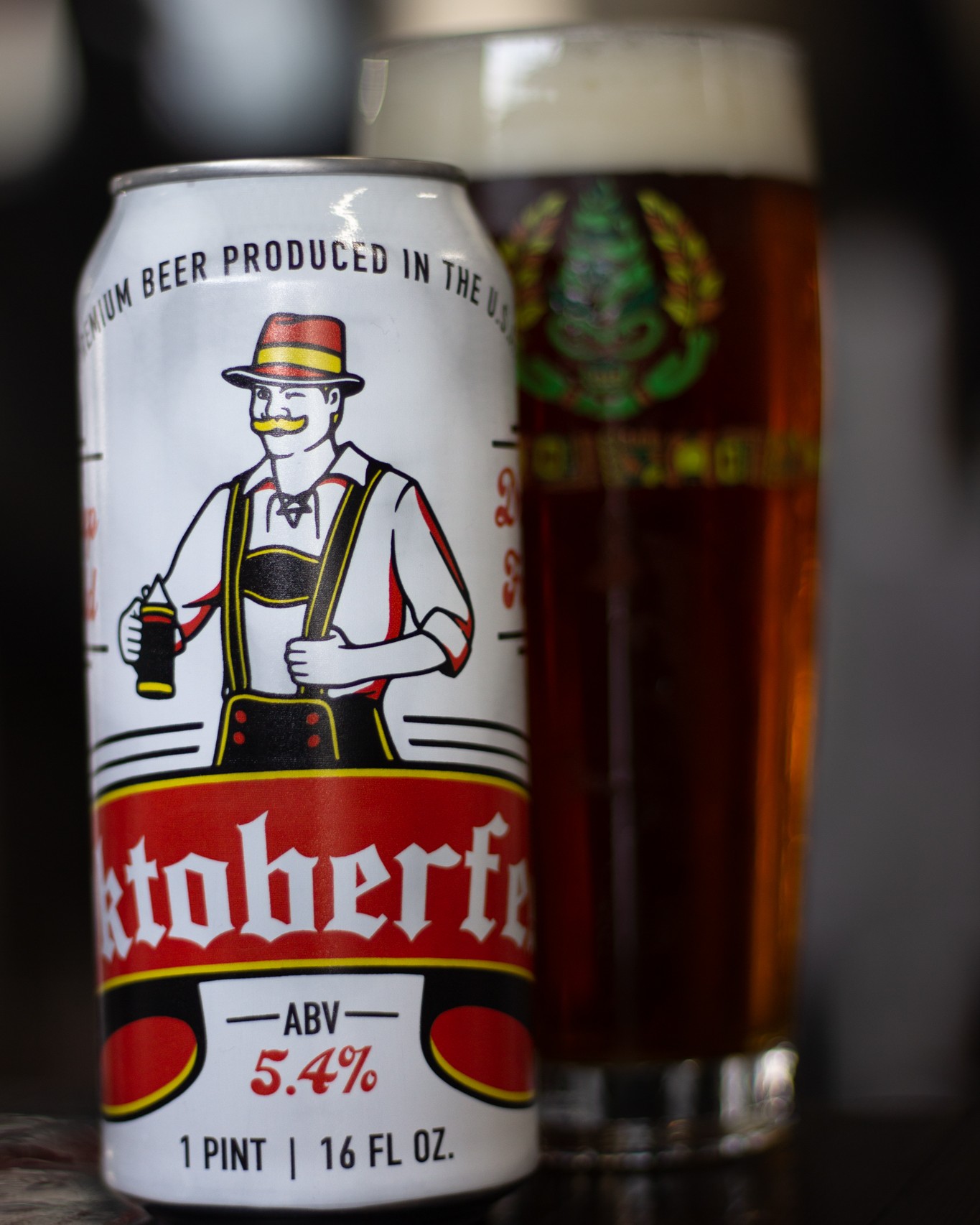 CLAIM 52 OKTOBERFEST AND THICC: ORANGE CREAMSICLE RELEASE
FRIDAY SEPTEMBER 23 – 11:00AM and 3:00PM
Claim 52 is releasing “Oktoberfest” a Marzen-style lager brewed with Pilsner, Vienna, and Munich Malts and hopped with Tettnang hops and clocks in at 5.4% A.B.V.   Look for “Oktoberfest” on tap Friday September 23rd at The Kitchen at the open followed by a 3:00 p.m. release of Thicc: Orange Creamsicle! which was conditioned on tangerine puree, orange puree and vanilla. 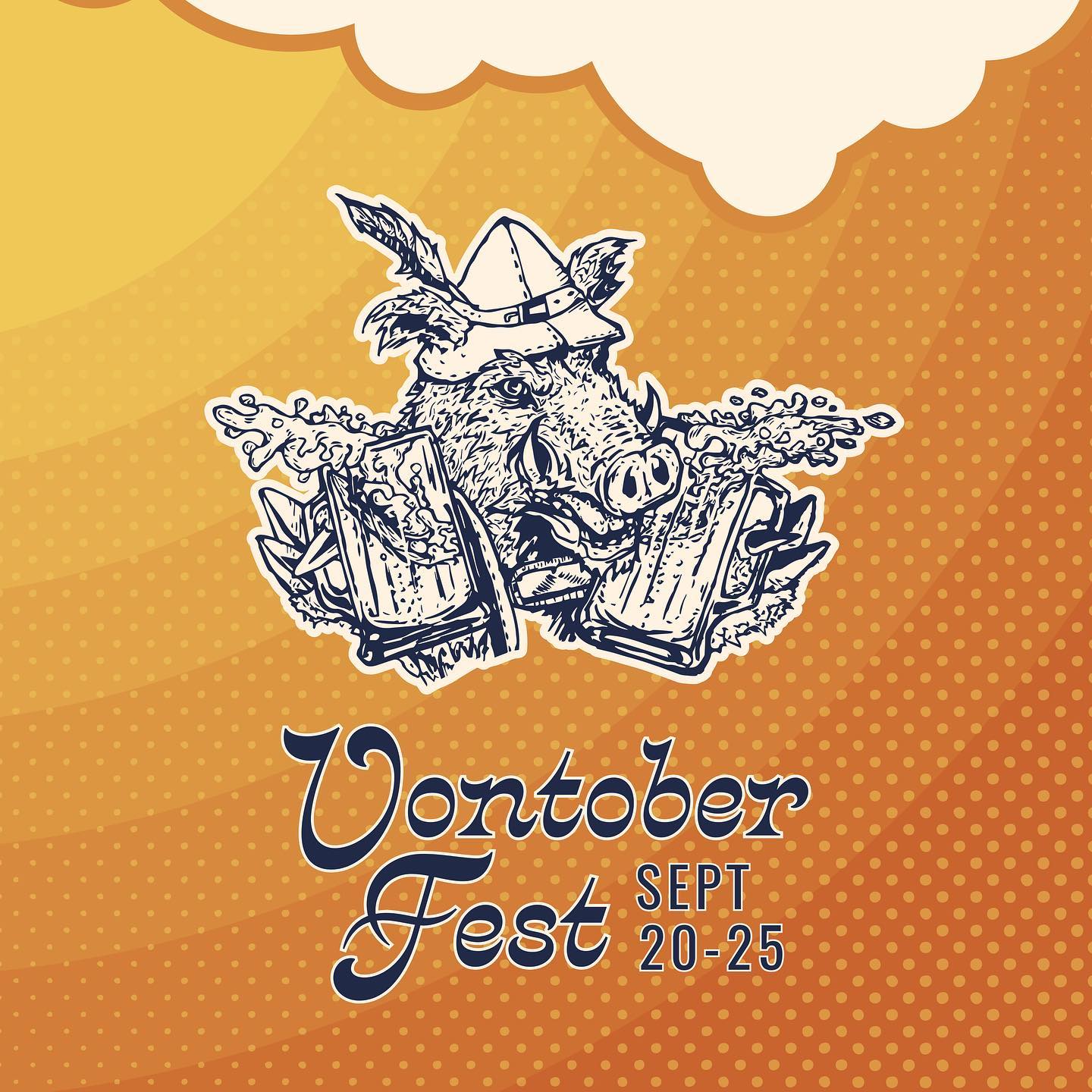 VONTOBERFEST
FRIDAY SEPTEMBER 23 – 11:30-CLOSE THRU SUNDAY
Von Ebert is loving Oktoberfest this year and renaming it Vontoberfest where the food special is smoked pork shoulder, herbed spaetzle, apple and celery leaf slaw with honey mustard sauce and you can get that and a souvenir stein with a Festbier fill for 2 Jacksons or you can get them ala carte. 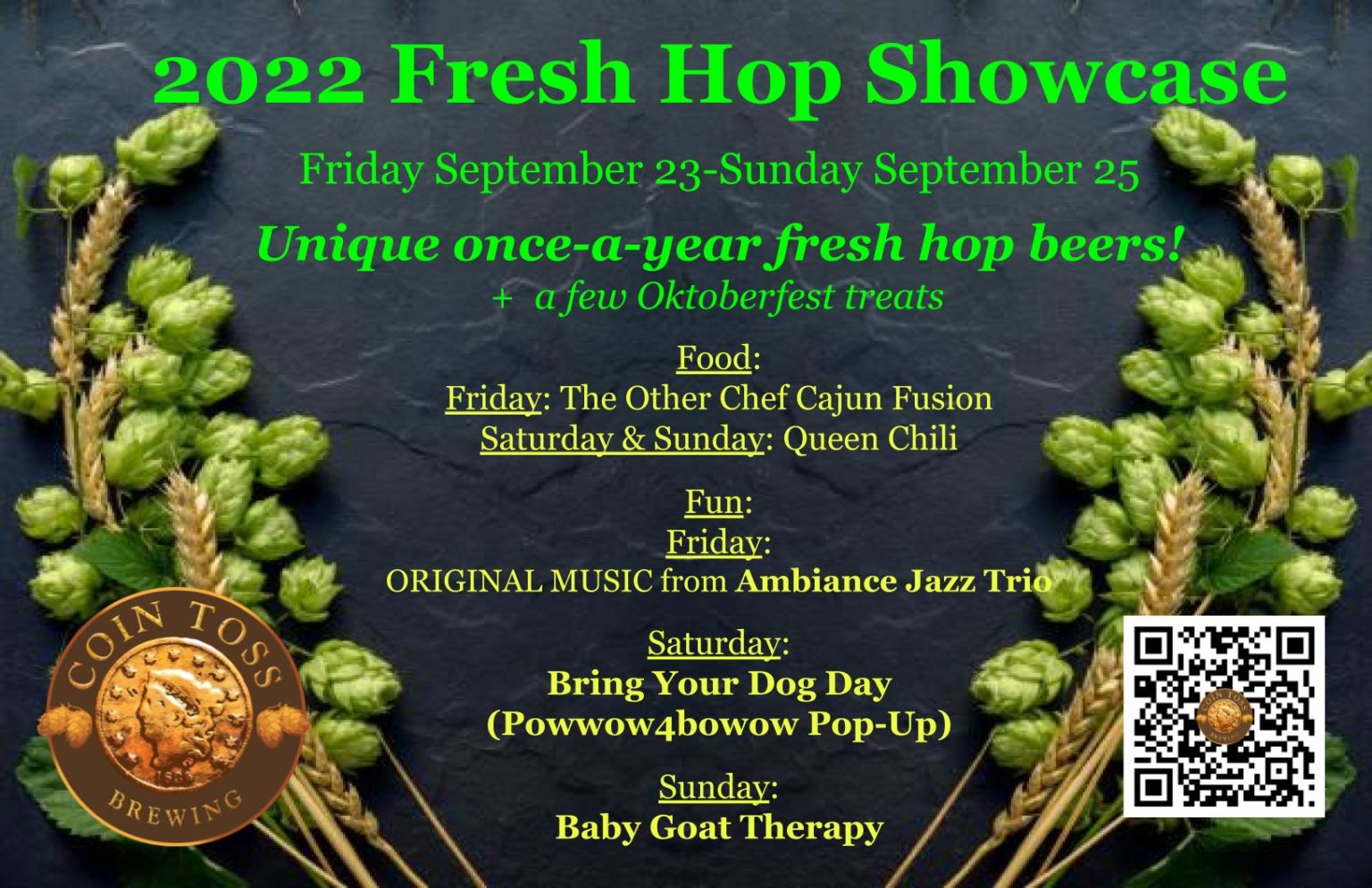 2022 COIN TOSS FRESH HOP SHOWCASE
FRIDAY SEPTEMBER 23 – 3-8:00PM THRU SUNDAY
Check out the Fresh Hop beers from Coin Toss brewing and some from their friends, Friday September 23rd at 3:00 p.m. and runs through Sunday.  Check out their website link above for hours for each day. 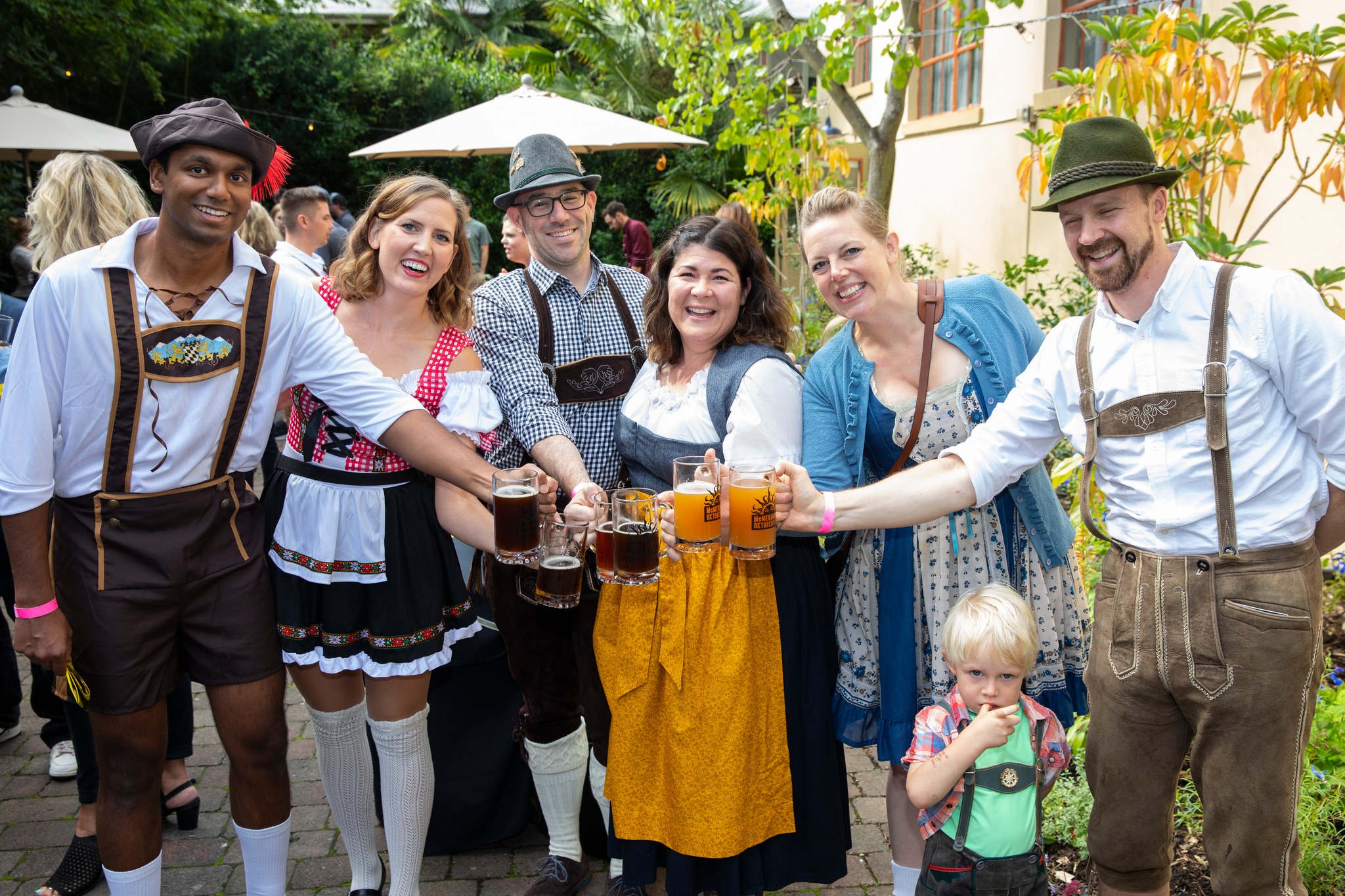 Edgefield Oktoberfest
SATURDAY SEPTEMBER 24 – 11-10:00PM
McMenamins Oktoberfest means celebration, German-style food specials, Oktoberfest beer, live music and the annual plant sale is back from 11-6:00 p.m.  Check out the music schedule in the link above including face painting and a balloon person. 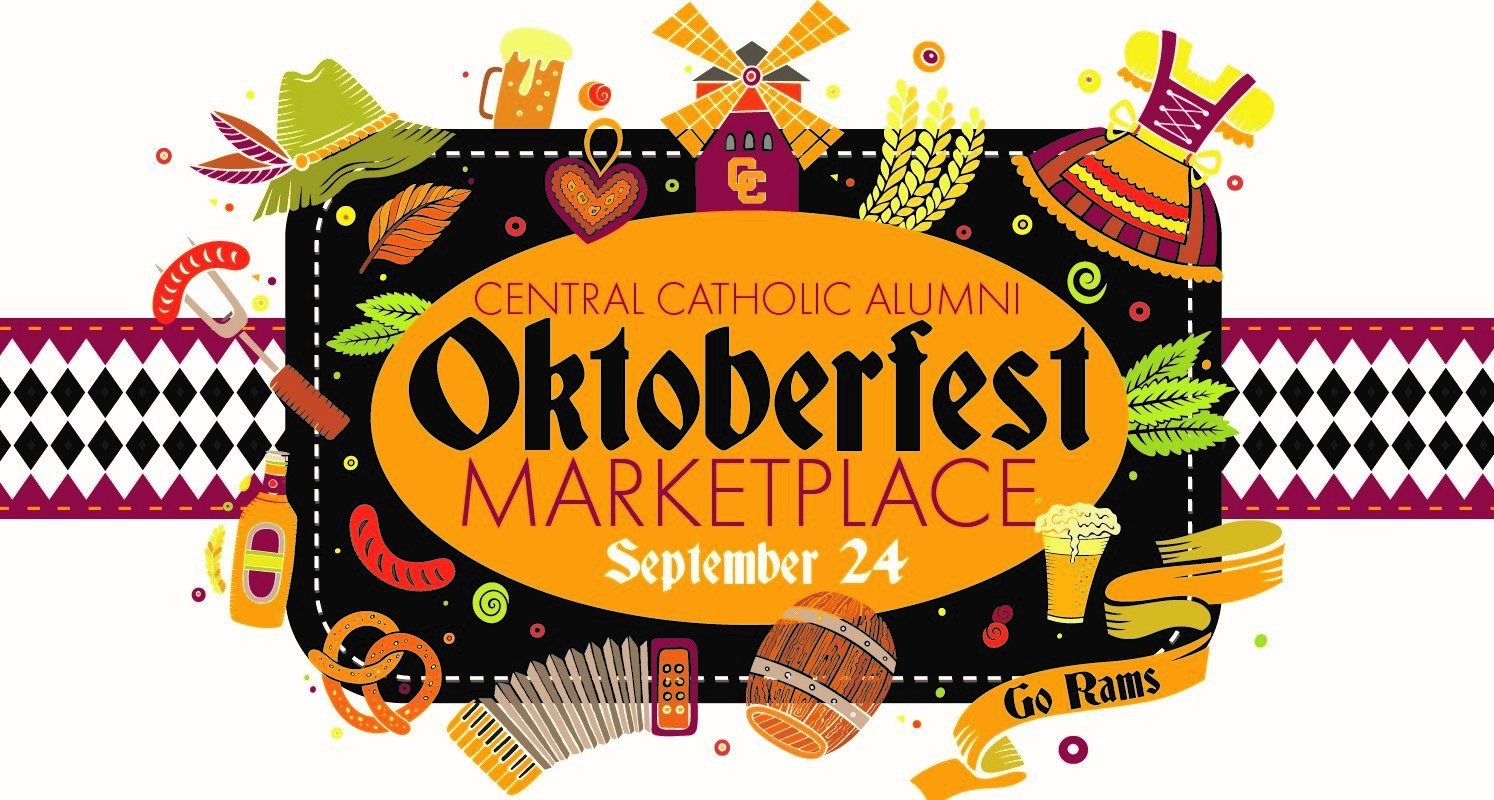 2022 OKTOBERFEST MARKETPLACE
SATURDAY SEPTEMBER 24 – 11-4:00PM
On Saturday at 11:00 a.m. Central Catholic kicks off their Oktoberfest marketplace that will feature local businesses and their products.  This event is all ages and free.  They will also have a beer garden in the C.C. parking lot on S.E. 24th where those of age can purchase beer and food. 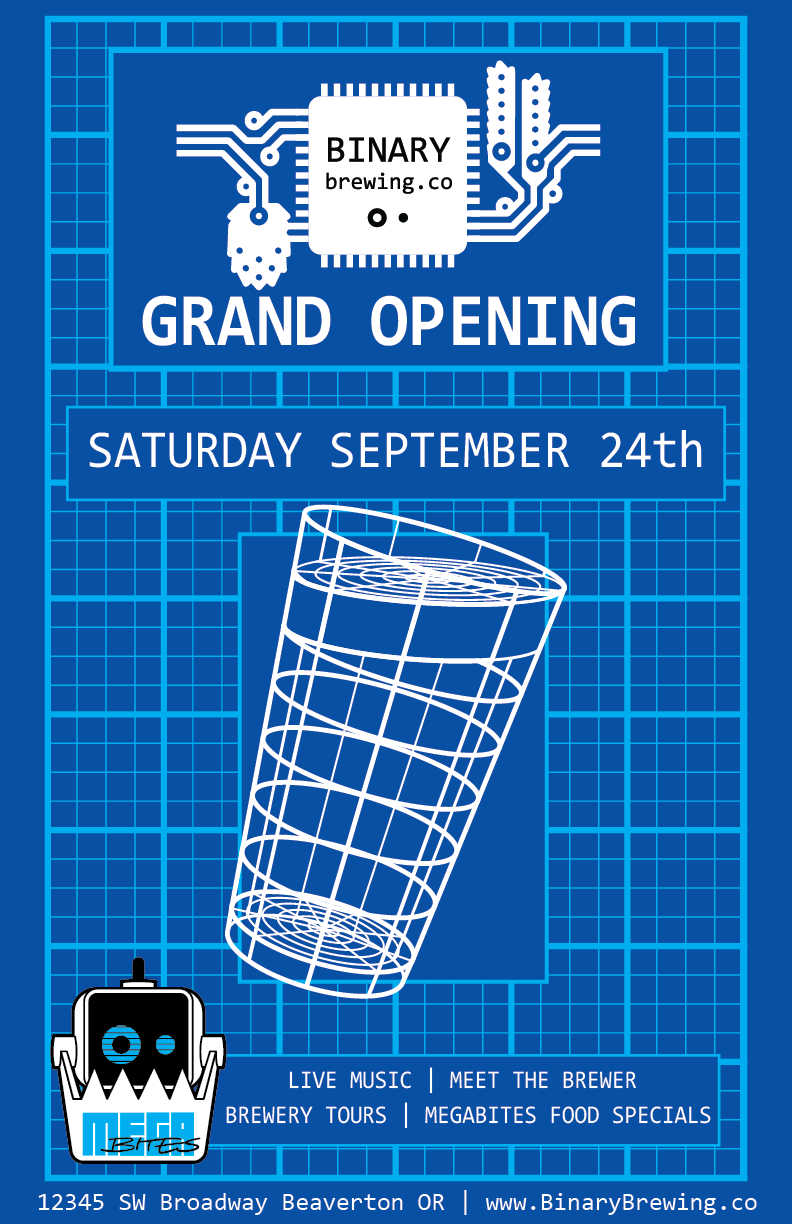 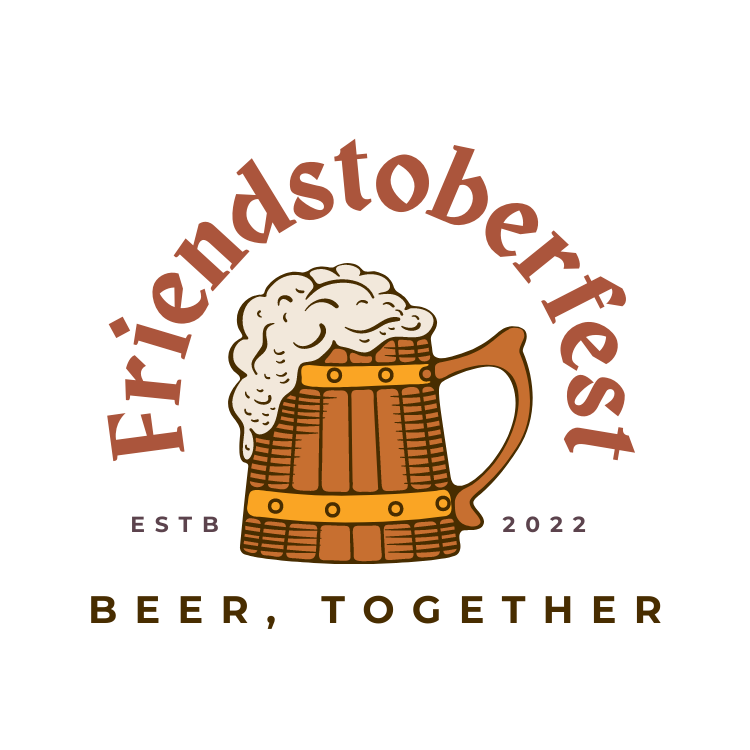 FRIENDSTOBERFEST
SATURDAY SEPTEMBER 24 – Noon-9:00PM
On Saturday Culmination Brewing is hosting Friendstoberfest a celebration of festbiers with in house made sausages starting at 4:00 p.m.  Breweries are doing the following beers paired with sausages:

Friendstoberfest will have the ambience of Oktoberfest with accordion music, lederhosen, sausage and beer pairings and a cider from Reverend Nat’s and a Festbier from Chuckanut.

FREELAND SPIRITS LIMITED RYE RELEASE
SATURDAY SEPTEMBER 24 – NOON-8:00PM
Freeland Spirits has a new limited release, a 7-year Rye whiskey finished in Jackalope Wine Cellars Cabernet and Merlot wine barrels which it will have for sale on Saturday at noon.

Freeland will transform the tasting room for the day to bar service with specialty cocktails, free spirits tastings, pizza by the slice from Pizza Thief, live music, special deals and of course more more more.  Register to attend here 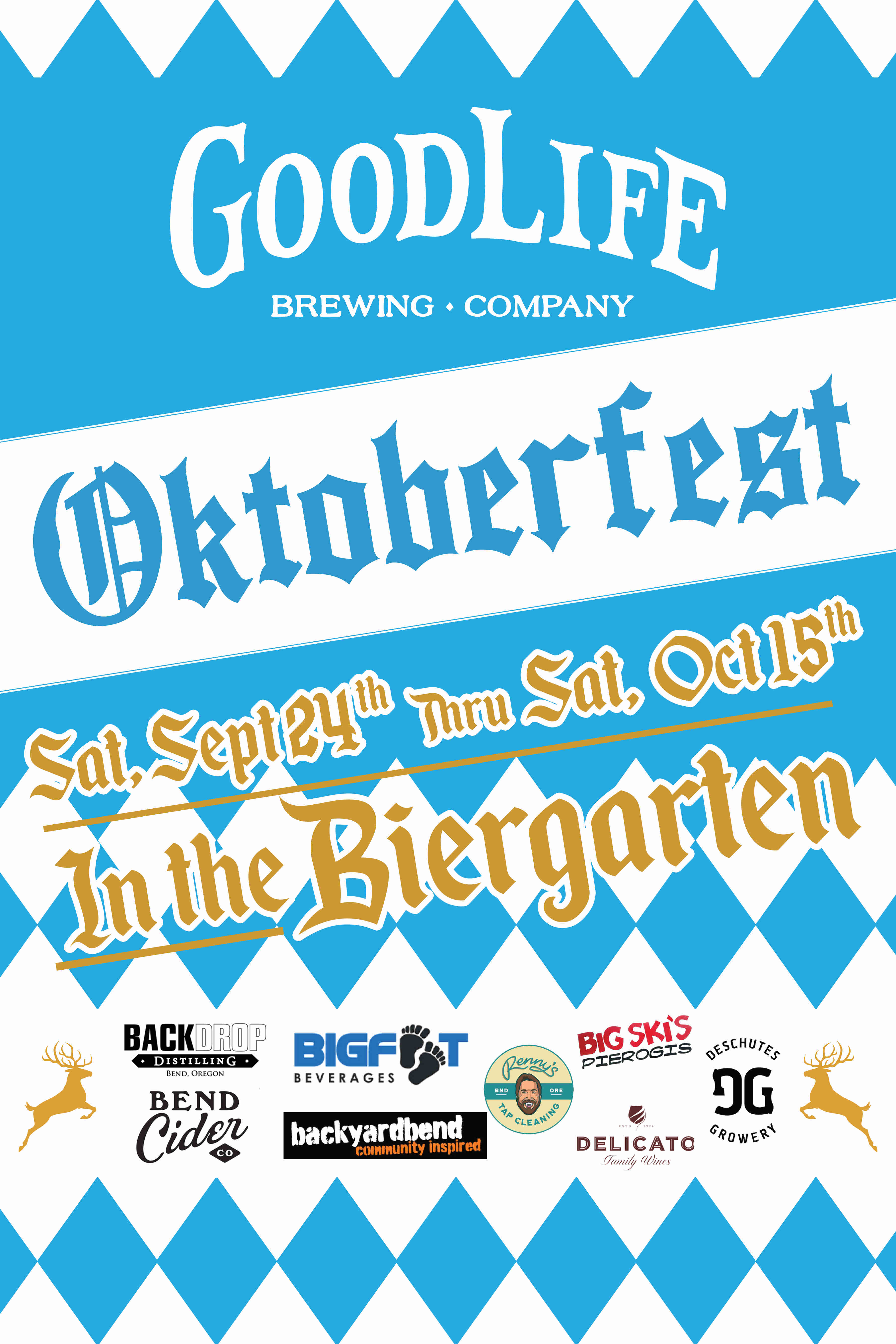 LEVEL FRESH HOP AMERICAN SUMMER VOL. 1
SATURDAY SEPTEMBER 24 – NOON-5:00PM
Level Beer will have Fresh Hop American Summer – Vol. 1 at its Level 1 location on Saturday, September 24, 2022 from Noon-5:00p.m.  Level Beer is offering up two entry options – Just the Fest or All of the Things. Just the Fest costs $25.00+$3.16 Fee and includes a glass to take home and 8 drink tickets, each redeemable for a 6 oz. pour from any of the taps. Additional tokens available for $3 each at the time of the event.  All of the Things costs $55.00+$4.98 Fee and includes everything from the Just the Fest ticket plus a custom tote bag, koozie, sunglasses, sticker, and a 4-pack of 16oz Fresh Hop Pixelated Pale and you can buy  tix here 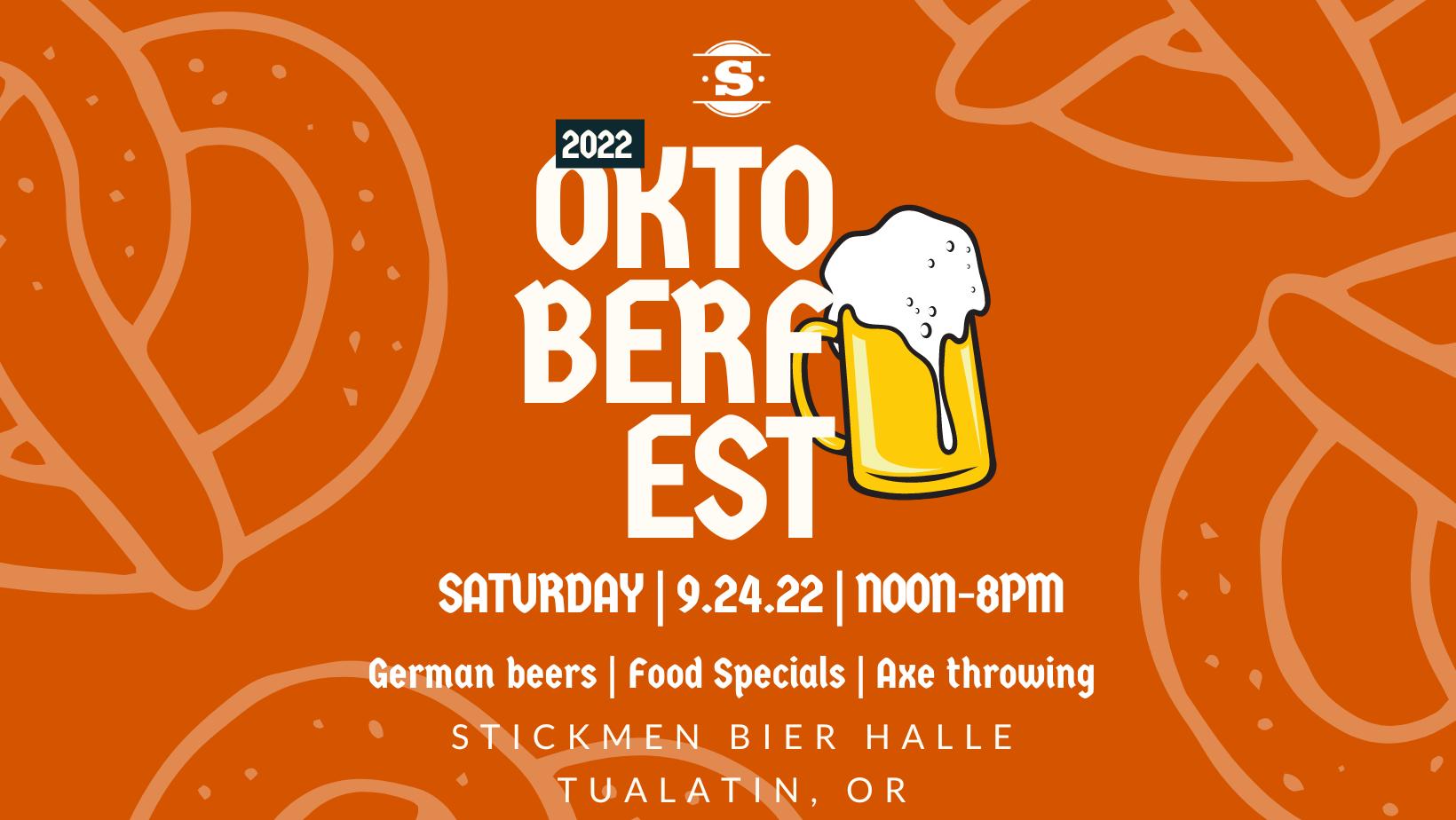 STICKMEN OKTOBERFEST 2022
SATURDAY SEPTEMBER 24 – NOON-8:00PM
Stickmen is hosting their annual Oktoberfest featuring German-style beers, food specials, and Celtic axe throwing on Saturday at their Beer Hall in Tualatin at Noon.  Tix are $25 ($28.16 with fees) online and get you a new 16 oz. custom glass and 5 drink tickets which gets you an 8 oz. pour and extra drink tickets are $3 each.  This is an all ages event where event admittance is available until 6:45 or until the 280 tickets sell out and if you got your lederhosen on you get two extra drink tickets for free. 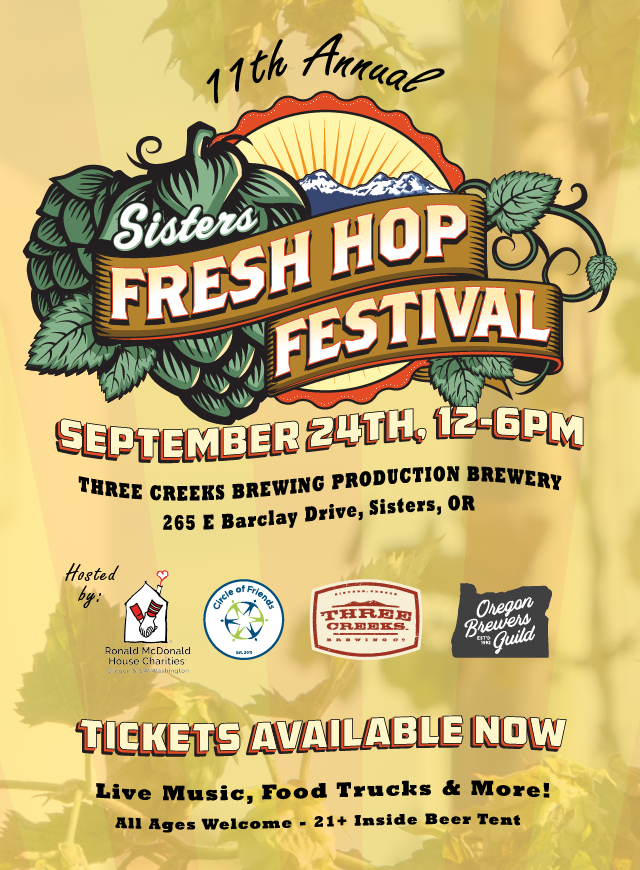 SISTERS FRESH HOP FEST
SATURDAY SEPTEMBER 24 – NOON-6:00PM
On Saturday September 24th at Noon at the Three Creeks Production Facility in Sisters the 11th Annual Fresh Hops fest will take place in Sisters.  The event is family friendly but 21+ and over only in the beer tent and will have live music and food from 4 food trucks including the Corndog Company.  The ticket package to get in advance is the $30 ($33.52 with fees) package which gets you a glass and 10 drink tickets which are good for a 4 oz. sample per ticket.  The $25 package at the door is for a glass and 5 drink tickets and additional tickets are $2. 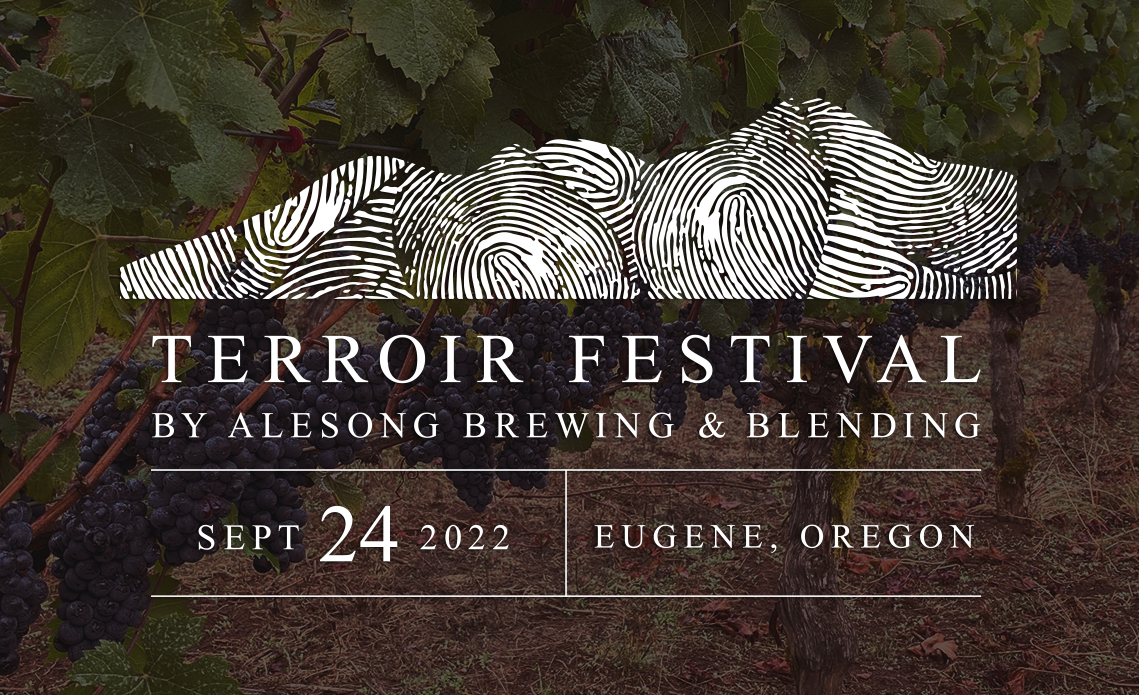 ALESONG TERROIR FESTIVAL
SATURDAY SEPTEMBER 24 – 1-5:00PM
On the afternoon of September 24th, Alesong will host an intimate festival celebrating beer, wine, and terroir at their location in southwest Eugene. The Terroir Festival will be headlined by the release of beers made as part of Firestone Walker’s multi-brewery collaboration Terroir Project, in which each participating brewery makes a beer beginning with the same base wort recipe and co-ferments it with grapes grown within 100 miles of their brewery, using only the naturally occurring yeast on the grape skins to drive the fermentation.

Alongside breweries from the Terroir Project, Alesong has hand-selected brewery and winery friends that share a fascination with beer and wine, unique fermentations, and harnessing Terroir by creating beverages with a distinctive component of time and place.   The event will also feature a handful of local chefs, musicians, and artists.

General admission tickets are $80 and includes entry, passport to sample every available beer/wine at the festival and a commemorative glass and be purchased here. 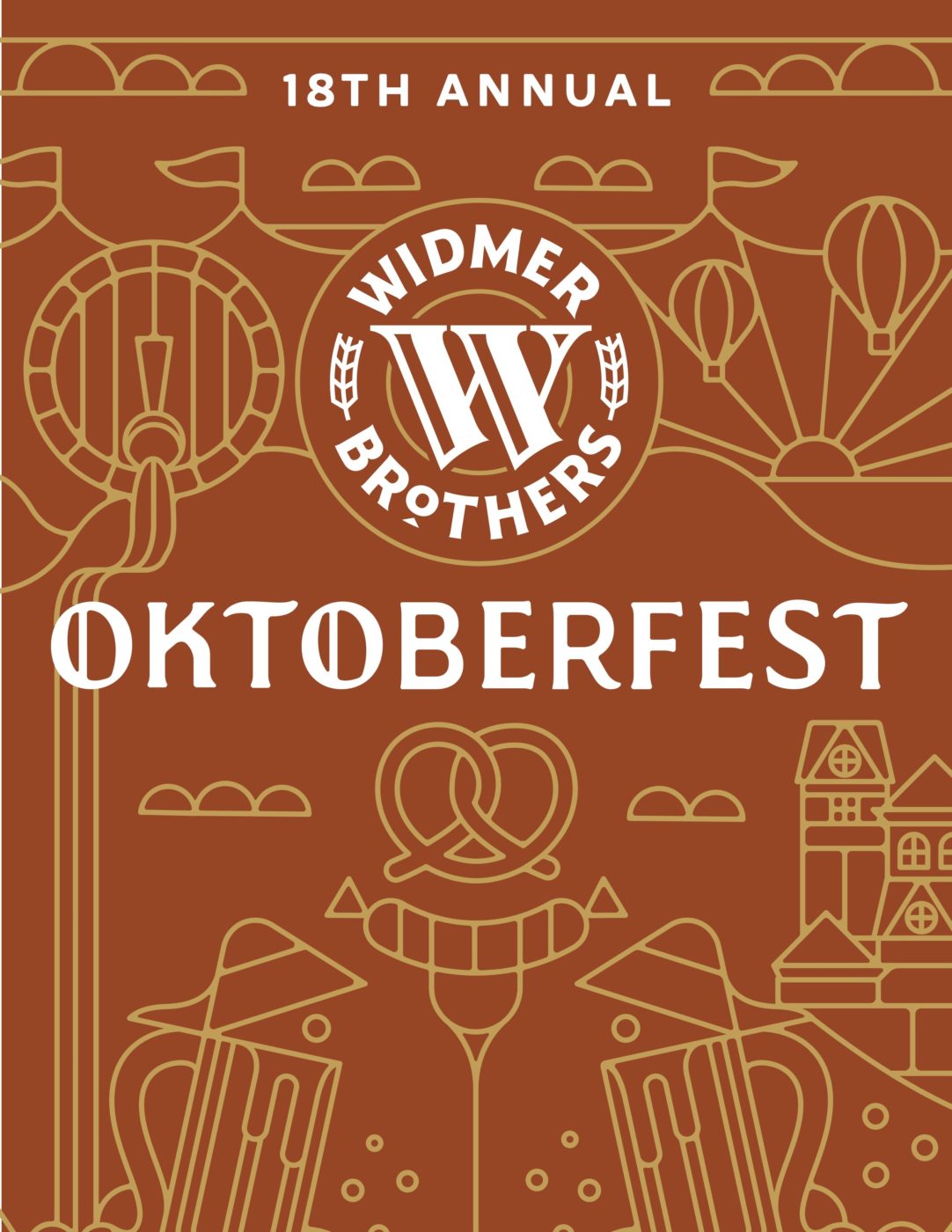 WIDMER BROTHER’S ANNUAL OKTOBERFEST FESTIVAL
SATURDAY SEPTEMBER 24 – 2-10:00PM
The 18th annual Widmer Oktoberfest happens on Saturday, September 24th from 2-10:00 p.m. at Widmer Brothers Brewing where they will have live music, entertainment, food and of course plenty of your favorite Widmer Brothers beers including the following: your only chance to grab a draft pint of this year’s batch of Okto Ale, Hefe, Timber Joey Lager, Ain’t it Rice Lager, Juicy Sunrise and a hard cider.

Steins are $3 and tokens are $8 or 3 for $20.  The event is free of charge to enter, and open to all ages. No pets allowed inside from service and/or emotional support animals especially peacocks if you got them.  Timber Joey and Prince the Llama and Jean Pierre the Alpaca will be there at 4:30 p.m. 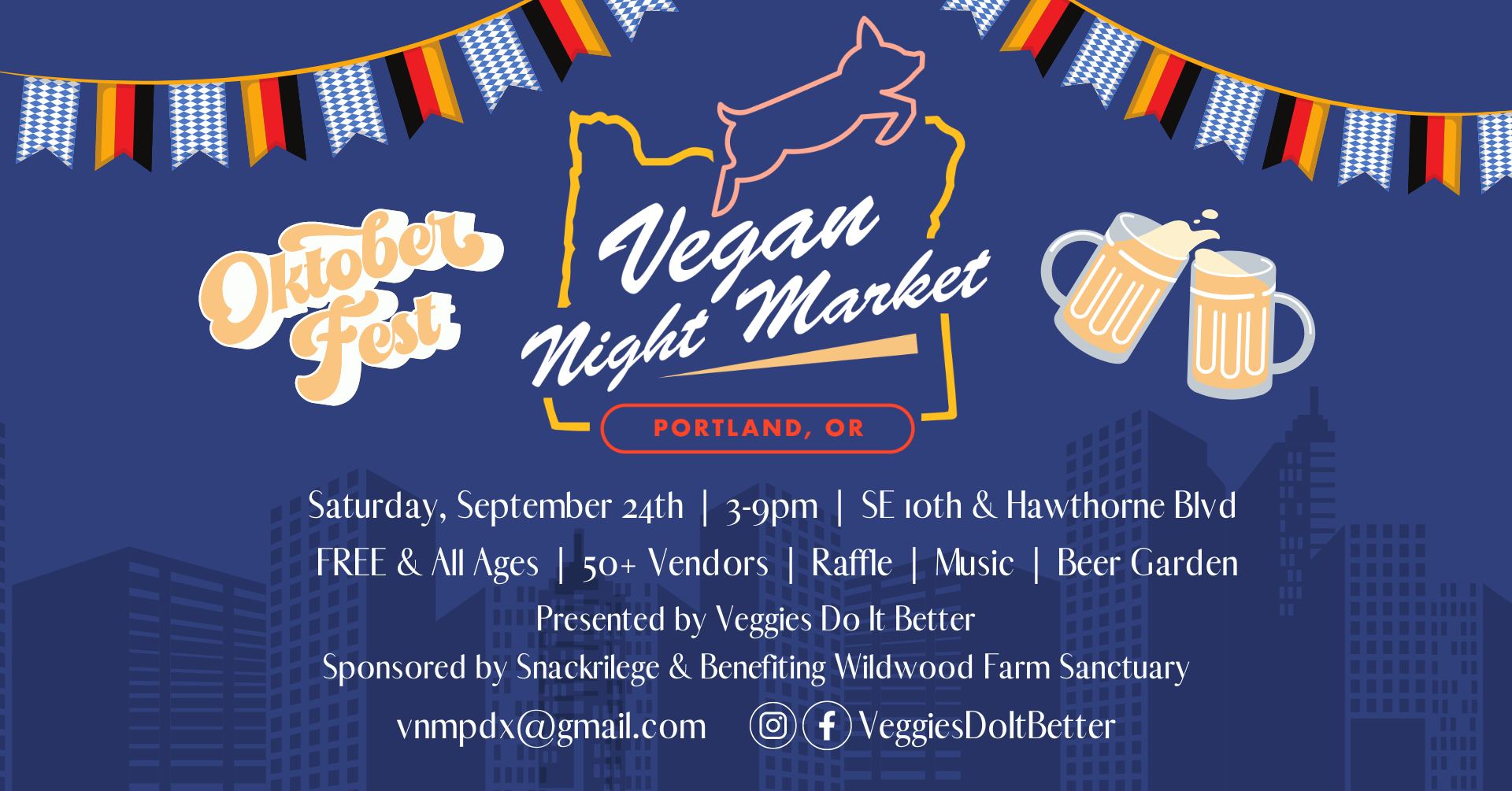 OKTOBERFEST VEGAN NIGHT MARKET PORTLAND
SATURDAY SEPTEMBER 24 – 3-9:00PM
This Saturday brings the Oktoberfest Vegan Night Market to SE Hawthorne on Saturday at 3:00 p.m.  Check out 50+ local vegan restaurants, pop-ups, businesses, non-profits and grassroots organizations with a raffle to benefit the Wildwood Farm Sanctuary.  Beer is available from Away Days Brewing and there’s a drink station with mocktails, bougie water, and mulled cider.  The event is free and open to the public and DJ Retrobot will be there to get down but keep on your clothes when you jump around.

The Complete Guide to Orange Wine