What Does “Unicorn” Wine Mean Anymore? 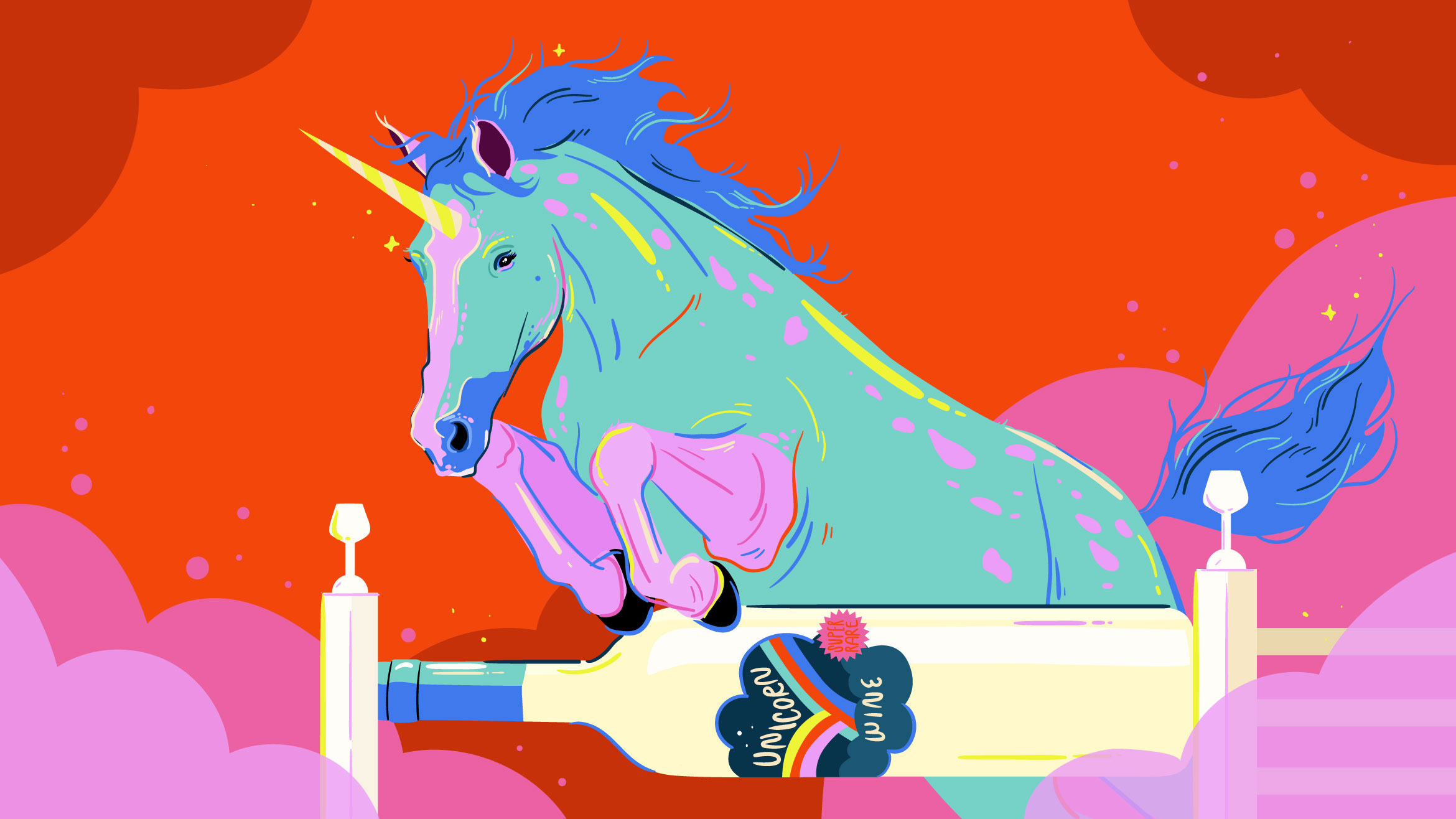 In May, a bottle of Grand Constance 1821, a 200-year-old dessert wine made specifically for an exiled Napoleon Bonaparte, was sold at an auction in South Africa’s Winelands for $30,000. For that much money, an anonymous U.K. buyer was given the opportunity to taste what Napoleon could not; the famed French warmonger died on the island of Saint Helena as the grapes used in the 1821 vintage were ripening.

“I can only imagine the honeyed, spun sugar and hazelnut depths of this wine,” said Charlie Foley, the wine’s auctioneer, prior to the proceedings. Those who have opened a bottle noted an almost alchemical transformation that the wine undergoes in the time it takes to pour the contents into a vessel: What is red midpour immediately turns amber in the glass. The shock of one’s first gasping breath of oxygen in two centuries will do that.

“A true unicorn wine,” Foley deemed it—a caption straight out of your favorite wine influencer’s Instagram, circa 2013. A living relic, a sweet history lesson, presented as your next big flex. There is something incongruous about Foley’s statement. The allure of the unicorn lies in the thrill of the chase. And chasing such ultrarare expressions of place leverages one’s expertise, intel and relationships with producers—all points of pride and prestige for any sommelier. But there is no chase at an auction; there is no wilderness, only captivity.

The clash of contexts suggests the decay of something. “Personally, I feel like the ‘unicorn’ word is part of a dead language,” Steven Grubbs, an Atlanta-based sommelier who wrote about the “unicorn wine” phenomenon for Punch in 2014, says. “These are all terms that emerged as inside lingo in the trade. … It’s the kind of lingo that, once it gets out of the circle that created it, [the words] become horrible clichés and are no longer interesting metaphors.”

Let’s consider the unicorn. A mythological creature that has existed in tales dating back to the Bronze Age, the unicorn’s symbolic rarity has, paradoxically, become harder and harder to miss in the Information Age’s past decade. But the idea of the “unicorn” popularized by wine enthusiasts and aspiring bourbon barons over the past decade would have made sense to those even in Napoleon’s day. Flirtation, a three-volume novel by Lady Charlotte Bury in 1827, included, perhaps, the very first vision of a unicorn wine:

“Frank, will you take a glass of Sardanapalian wine with me,” said Mr. Fitzhammond, in a voice that by its echo he wished should drown all that had, or would have fallen from the lips of the last speaker. “This wine,” he continued in the same loud key, “was given me by a merchant from the Levant, and it is supposed to possess qualities such as no other wine in the world ever had. It is, in short, the unicorn of wine.”

“Unicorn!” whispered Captain Lepel; “capital, i’faith; I would not have missed that on any account.”

How did the term suddenly come into favor nearly 200 years later? Chalk it up to coincidence or a collective response to the zeitgeist, but “unicorn” became a cross-industrial buzzword in the early 2010s, seemingly overnight. In 2013, food and drink publications began issuing explainers for the term, priming the general public on impossibly rare wines that they’d never have the opportunity to share a photo of on Instagram, let alone taste; that same year, venture capitalists began to use “unicorn” to represent startup companies with billion-dollar valuations.

Both cases circle around a fundamental conceit of the modern condition. The internet has broadened access to (or, at least awareness of) knowledge and goods in ways that make just about anything within reach; much of what used to be prestigious has become common. But prestige is a sliding scale—it always lies in what’s just beyond the reach of most people. That goes double for wine culture. The new-age somm of the early 2010s may have treated the gilded, point-chasing old guard with disdain, but the seduction of social media (and all the unbridled cultural influence that Twitter and Instagram suddenly made attainable) ushered a form of posturing no less lampoonable. Except, this time around, it meant lusting after dwindling supplies from the retired winemaker Raymond Trollat, or Domaine Clos Rougeard, or one of the new legends of Jura in Jean-François Ganevat and Kenjiro Kagami. One could think of the Great Unicorn Safari of the early 2010s as a bridge between the pretentions of Parker Age and natural wine’s cultural revolution.

Grubbs has also lamented the ways some “natty wine” producers have weaponized unicorn culture, not unlike a Supreme drop: skewing the market with artificial scarcity, a sexy label and a clever Instagram presence. “The same way that the 100-point scale system artificially boosted the value of wines for reasons other than depth of tradition, or place, or cultural importance beyond microeconomics, I feel like a certain sector of unicorn wines doesn’t actually connect to anything deeper than faddishness,” Grubbs says.

Of course, rarity has taken on a more sobering context during the pandemic. It is now more likely to be a function of supply-chain issues than genuine demand or fashion. But Grubbs insists that the concept of the unicorn wine is fixed in the culture. “There will always be a demand for really rare bottles in the wine world,” he says. “The unicorn as a word might die off, but I don’t think there will ever be a death in hunting; as long as social media exists, people will post their bottles on there.”

Indeed, any hint at what’s to become of the unicorn wine in the future might be found in the past. The final line in the English writer Robert Brown Jr.’s 1881 book The Unicorn: A Mythological Investigation reads: “That which is so beautiful [alike in nature and in man] must be succeeded and supplanted only by what is more beautiful, and so on for ever.”

Ham Stuffed with Prunes and Apples

Aldi teams up with Sommelier to launch dinner party cases

With Napa Cab Increasingly Out of Reach, Could...

What Should a Wine Decanter Be?

How to Après-Ski with the Wines of Alto...

What Will Be the Next Darling of the...